It’s been less than a month since the highly anticipated launch of HBO Max and now, thanks to a licensing deal from the ViacomCBS network, subscribers now have the option to watch all 23 seasons of South Park ⁠— well, all but five episodes.

That’s right, though the much-beloved adult comedy series is now available on the newly launched HBO streaming service, it has once again been scrutinized as a result of its depictions of Islam’s Prophet Muhammad, according to the Hollywood Reporter (THR).

Cartoons, or any other sort of satirical depiction, of Muhammad — or any other Islamic prophet — go against Islamic beliefs and are forbidden, according to a BBC report from 2015.

All five omitted episodes were already agreed upon by South Park Studios and HBO in advance of South Park’s launch on the streaming platform, as reported by Deadline.

Both 200 and 201 were first pulled from Comedy Central upon their respective releases a decade ago and again from streaming services when Hulu had the rights to show South Park on its streaming platform.

Back in 2016, Comedy Central’s former president Doug Herzog told THR that before removing the controversial episodes, the network had to censor it.

On their reasoning, Herzog said that Comedy Central, South Park Studios and co-creators Trey Parker and Matt Stone were receiving death threats for the release of 200 and 201. 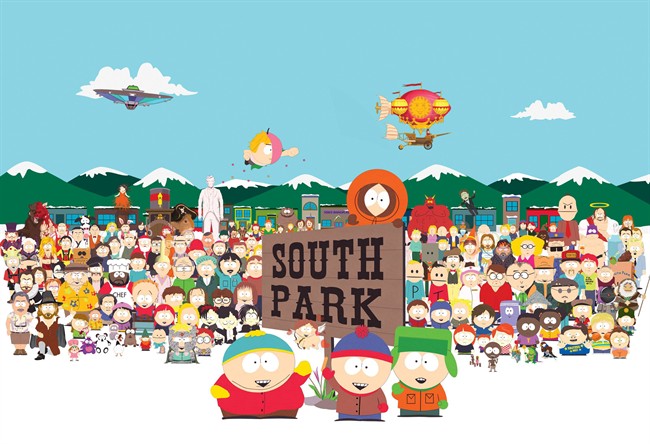 He said it was the “hardest” they were ever “pushed back” in terms of South Park content.

“We were protecting everyone who works here,” Herzog concluded. “That was the decision we needed to make.”

Despite agreeing to keep the highly condemned episodes off of HBO Max, Parker once said that he was outraged by Comedy Central’s censorship — which blacked out not only the cartoon depiction of Muhammad, but his name too.

“What p—ed me off was that I thought the episodes ended up being really good,” said the 50-year-old, as reported by THR.

“We were so exhausted by it all, we were like, ‘F—k it, just get on to the next episode,” he concluded.

The networks’ decision to remove the religiously insensitive South Park episodes follows a wave of similar adjustments in the film and television industry over the last few weeks, inspired by the anti-Black racism and anti-police brutality protests which were triggered by the death of George Floyd.

Floyd, a Black man, died on May 25 after a white police officer kneeled on his neck for nearly nine minutes during an arrest in Minneapolis, Minn.

Affected TV shows include not only the removal of several 30 Rock and Scrubs episodes — which featured characters in blackface — but the cancellation of Cops and Live PD too.

The two smash-hit police/crime series ceased production and were dropped by their respective networks earlier this month.

The worldwide protests — led by the Black Lives Matter movement — also inspired HBO Max to rerelease Gone With the Wind with a new introduction that includes Black scholar and television host Jacqueline Stewart in order to add historical context to the film for the viewer.

The 1939 classic film has been long criticized for romanticizing slavery and the Civil War-era American South.

Additionally, a single episode of the popular 1970s British sitcom Fawlty Towers was removed from BBC streaming service UKTV a few weeks ago following several re-evaluations from the network.

The episode in question, The Germans, originally aired in 1975 and included a number of racist remarks from recurring character Major Gowen, who used multiple slurs to describe both the West Indies and India cricket teams.