Dozens people are dead after a massive explosion, with the force and shock waves of an earthquake, blasted Lebanon's capital Beirut. As Crystal Goomansingh reports, hospitals are now struggling to treat thousands of people who were injured in the blast, as well as COVID-19 patients.

It’s believed at least 135 people were killed and about 5,000 more injured after a pair of explosions rocked Beirut, Lebanon’s capital and largest city, on Tuesday evening.

The blast tore through the city’s port area and beyond, causing widespread damage. Images and pictures taken after the explosions depict a chaotic scene: an obliterated port covered in dark smoke, decimated buildings, shattered windows, overturned vehicles and piles of rubble. 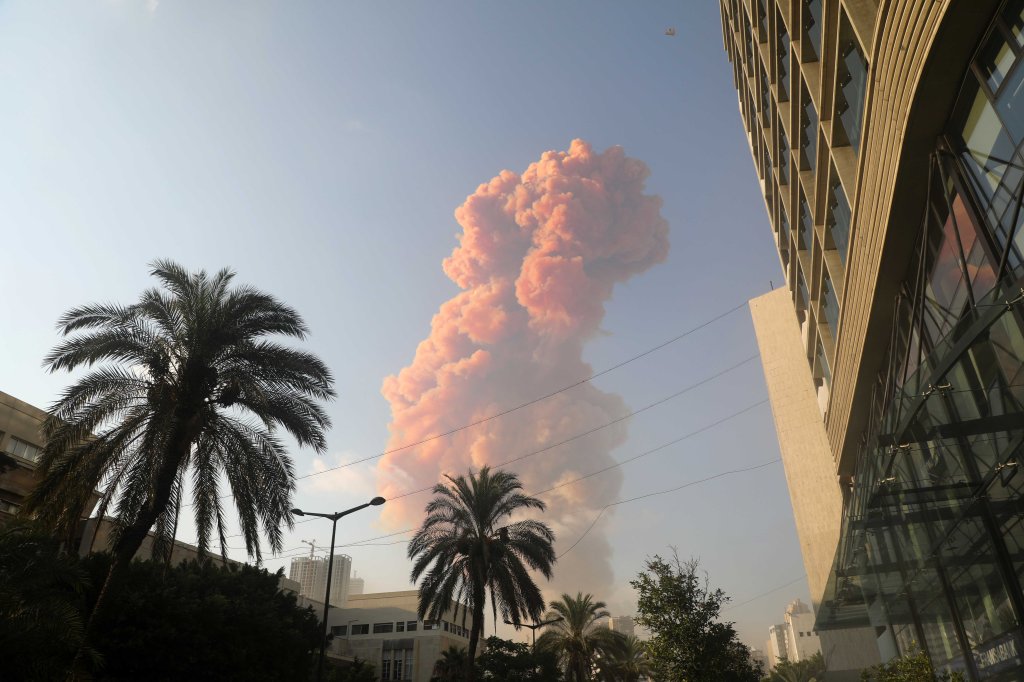 Early reports suggest fireworks and a massive stockpile of ammonium nitrate in a waterfront warehouse fueled the blast, but the cause remains under investigation.

Footage of the explosions first shows what appears to be a large fire and a thick plume of smoke rising from the waterfront area. A loud blast follows, sending an eruption of black and red smoke skyward, followed by an enormous mushroom cloud.

Nearly 300,000 people are homeless due to the damage caused by the explosions, Beirut Gov. Marwan Abboud told Al-Hadath, a Saudi-owned television station.

Abboud said losses are estimated to be between $10 billion and $15 billion.

Here are some photos of the explosion’s aftermath:

-With files from Global News’ Katie Dangerfield, Rachael D’Amore and The Associated Press